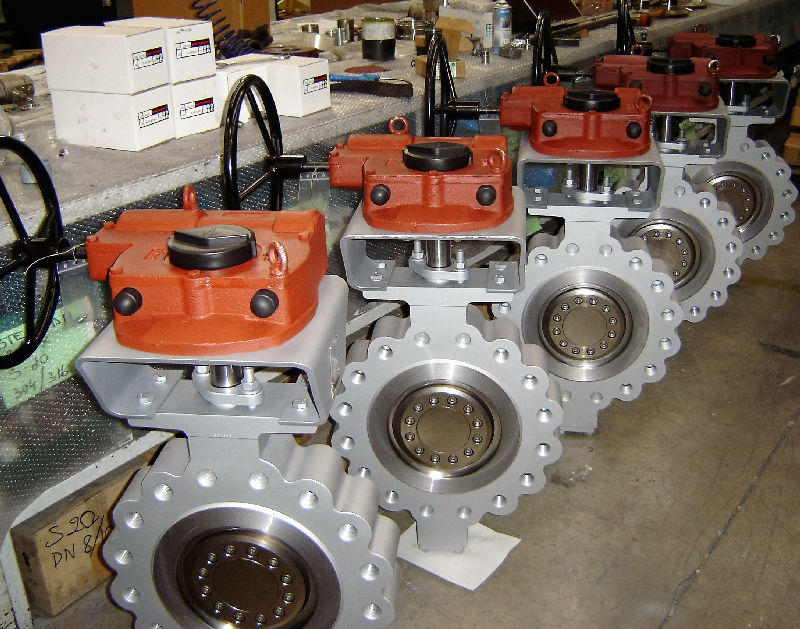 The metal seated butterfy valve (series S501/M) has been dasigned to support extreme operation conditions, either of pressures or temperatures, in the field of fluid interception and control as well as in the applications with corrosive media.

The main feature of this valve is the sealing, consisting in a lamellar ring package mounted on the disc (in the standard varsion) and held by a bolted shuf-off ring.

The lamellar ring is made of metal rings intercalated with sealing material (graphoil, AFM, or similar). such a structure makes it resilient enought to optimize the contact against the seat, that?s also made easire by the fact that the lamellar ring is positioned on the disc, in a proper house with wide rooms allowing its self-centering and adaptation to the seat.

This valve is tripleccentric execution, which means that the disc rotation features and the seat cone generator are positioned on axis different from those of the sealing area. In fact , we first find the shaft in double eccentric position vs. the sealing , while the third eccentricity is given by the cone axis-generation of the sealing itself-tilted vs. the valve axis.

This tripleccentricity allows the disc movement with no creeps between the seal ring and the seat which get in contact at shut-off only.